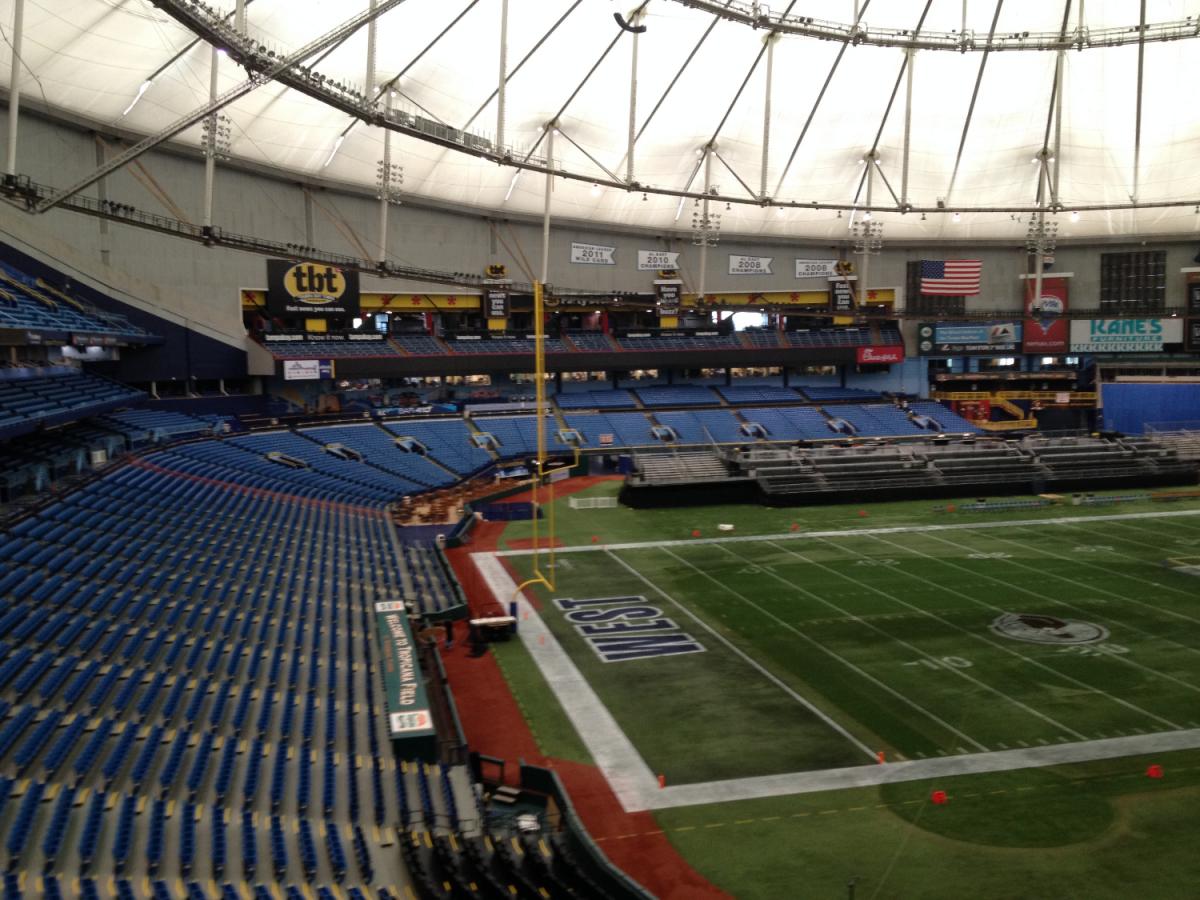 College football players from around the country will descend on St. Pete next week as they get ready to play in the 93rd Annual East-West Shrine Game, sponsored by Shriners Hospitals for Children - Tampa, on January 20th at Tropicana Field.

Created by the Shriners in 1925, the East-West Shrine Game was the nation’s first college all-star football game. The game is driven by the desire to support Shriners Hospitals for Children in its mission to help children in need of expert medical care. More than 1 million children have benefited from Shriners Hospitals’ unique way of providing hope and healing, regardless of the families’ ability to pay for services.

The Shrine Game is one of the top college all-star games in the country where the likes of Gale Sayers, Brett Favre, Tom Brady and John Elway have played in before enjoying long, successful careers in the NFL. Since the game began in 1925, 74 former participants are in the NFL Hall of Fame. Even former president Gerald Ford was a participant after he finished his playing career at the University of Michigan.

This year 12 players from Florida schools are on the team rosters, including four from USF Football. Quarterback Quinton Flowers, running back D'Ernest Johnson, defensive tackle Deadrin Senat, and cornerback Deatrick Nichols will represent the hometown team.

The standout from USF Football had only one offer to be an FBS quarterback, but turned into one of the best players in school history. He will be joined in the East quarterback room by Ohio State's J.T. Barrett and fellow American Athletic Conference quarterback Riley Ferguson from Memphis.

Florida State is represented by linebackers Matthew Thomas and Jacob Pugh, as well as safety Trey Marshall. UCF has three players in the game and Miami has two.

The head coaches for both teams will be NFL tight ends coaches, with the East team represented by Cincinnati Bengals tight ends coach Jonathan Hayes, and the West heralded by the Oakland Raiders Bobby Johnson. Each coaching staff is made up of assistant coaches from around the NFL, with the Tampa Bay Buccaneers having seven coaches combined on each team.

Friday- Players'/Hall of Fame Banquet at Tropicana Field. The public can attend this event for $60, and tickets must be purchased in advance. Quarterback Brett Favre, Gary Huff and offensive lineman Wille Roaf are this year's inductees into the Shriners Hospitals for Children - Tampa Game Hall of Fame.

Saturday (Gameday)- Pregame party in Lot 6 of Tropicana Field begins at 11 a.m. This is not a ticketed event but donations are welcomed.

Want to find more Things to Do in St Petersburg, Dunedin & Clearwater? How about the best resource for Events, Restaurants and more? Stay connected to all things St. Pete by registering at 727area. Your subscription is free!