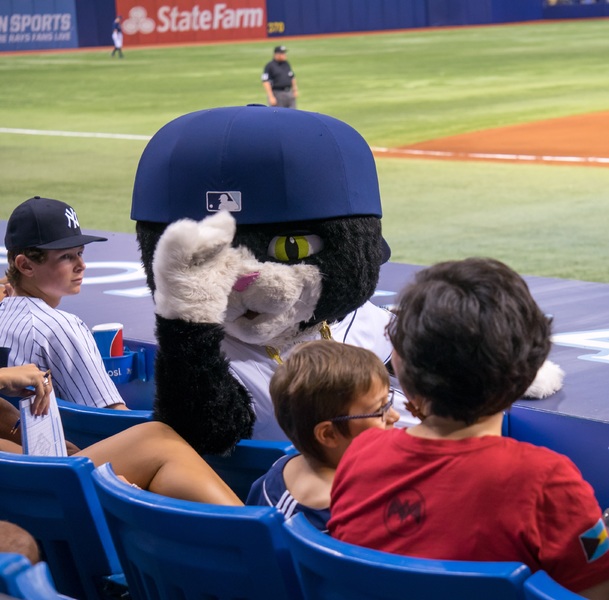 The long local nightmare is over. The Tampa Bay Rays ​have actually won a ballgame.

Wait, this just in.. the Rays have actually won two ballgames.. in a row!

Did you really think they were going to lose every game on the schedule this year because they lost eight straight the first two weeks of the season? The way the negative talk was going, that’s exactly what people were thinking. The three starting pitchers couldn’t pitch. The bullpen by very large committee didn’t do much better. And most of the hitters in the lineup.. calling them “hitters” is a stretch.. were batting under .200.

Well now they’re on the verge of a three-game sweep of the White Sox, then they return to warm and toasty Tropicana Field Friday for a nine-game homestand.

The truth so far, albeit through 11 games, is that the Rays won’t lose all of their games and won’t win enough to make the playoffs.  That’s what happens when you unload veteran, productive players in exchange for prospects who won’t help the team this season. Mostly in the name of a lower payroll.

Several things were going against the Rays in these first three weeks. After they played their first series at the Trop, the road trip through New York, Boston, and Chicago featured lousy weather. 30-degree weather, snow, and rain, that’s a miserable way to play baseball. Plus nine of their first 12 games were against the Red Sox and the Yankees, their long-time rivals in the American League East who loaded up on talent in the off-season while the Rays cut dollars.

And a team with only three starting pitchers was going to struggle even if those three threw complete games every time out.

What will have to happen for the Tampa Bay Rays ​to even approach a .500 record in 2018 is to embrace the smallball approach. C.J. Cron may get to 20 home runs, but that’s about it for extra-base power. The HR leader right now is Carlos Gomez with... two. Cash should emphasize the speed in his lineup, play Mallex Smith every day and teach him how to run the bases better. In fact, teach the entire lineup better baserunning techniques to scratch out runs.

Improving the pitching will be tougher. They hope Nathan Eovaldi returns from his elbow injury sooner than later. Cash really should add a regular starting pitcher to the rotation to make it a four-man squad, then to five-man later in the spring. He should consider Matt Andriese or one of the rookies like Yonny Chirinos or Ryan Yarbrough. This three-man rotation puts his entire pitching staff in unfamiliar positions, and baseball players don’t like a different routine in their professional lives. The three starters right now; Chris Archer, Blake Snell, and Jake Faria, must be thinking if they have an off day on their turn, how is the team going to win with a hodgepodge of pitchers 40% of the time?

It’s a long season with 150 games to go by the time they return to the Trop. So there’s time to get the train pointed in the right direction. But maybe not enough cars on that train to win more than they lose.

Looking for more sports coverage in Pinellas County? Check out 727area, and be sure to register: it's free!