Where to Grab a Beer on National Beer Day in St. Petersburg

St. Petersburg is filled to the brim with quality craft breweries and local watering holes, which makes finding a good spot to get a brew on National Beer Day an easy task.

This Sunday, April 7, marks one of our favorite days of the year. It’s a great excuse to go out and support some of your favorite local breweries, but it’s got a little more to it than some other national “holidays” like National Sock Puppet Day.

On this day in 1933, Franklin D. Roosevelt enacted a bill that legalized the sale of beer with an ABV of 3.2% and under, paving the way for the end of Prohibition.

Now that your history lesson for the day is over, we’ll get down to the good stuff. If you’re not familiar with the beer scene in St. Petersburg and want to join in on the festivities this National Beer Day, read on to learn about the best places to drink and be merry.

This DTSP self-serve taproom may offer the most festive way to celebrate Beer Day 2019. They’re holding their 2nd Annual National Beer Day Olympics where teams of four can compete in various beer games for prizes and glory! Entry is $15 per contestant, which gets you all of the beer needed for the games and access to all events.

This year’s featured beer is Tampa Bay Brewing Company's super-crushable Double Coast Lager. If you want to unleash your competitive side this Beer Day, get to the taproom at 2 p.m. to register.

If you’re looking for a great deal on beers this Sunday, look no further. Caddy's on Central is offering $3 beers, all day, all beers. Yes, you read that right- ALL beers!

Related content: Mark Your Calendars and Brace Yourselves for These Fun Upcoming Bar Crawls in St. Petersburg

This hidden gem in Grand Central District is celebrating National Beer Day in St. Petersburg with the release of a new Avid brew. They’ll be tapping a smooth, elusive Chocolate Milk Stout on Sunday, so you’ll definitely want to add this to your Beer Day map and get some while you can!

The Ale and the Witch ​

As the first craft beer bar in St. Petersburg, The Ale and the Witch is the perfect place to celebrate National Beer Day. These guys basically brought the craft beer scene to St. Petersburg 8 years ago, and they always have a delicious and diverse beer selection. As an added bonus, Betty Fox Band will be playing in their outdoor courtyard from 4-7 p.m.

If it’s sours that you seek, Inoculum is the place to be. This sour-only taproom will be quenching all of your mouth-puckering cravings from 2-8 p.m. on National Beer Day.

This staple of Downtown St. Petersburg’s 200 Block will be celebrating National Beer Day with a $3 craft beer grab bag special. Yard of Ale is open until 3 a.m. on Sunday, so if you’re planning on keeping the party going all night, this is a great stop to keep in mind.

Want some good laughs as you sip on a pint this National Beer Day? Head to Flying Boat at 7 p.m. for their weekly Brew Ha Ha Open Mic Comedy Night. The show starts at 7 p.m. and is free to attend. If you’re feeling bold, get there at 6:30 to sign up, and they’ll throw in a free beer for you.

As you throw back some pints on Sunday for National Beer Day, don’t forget to show FDR some love for opening the doors to this amazing craft beer scene we get to enjoy in St. Petersburg. 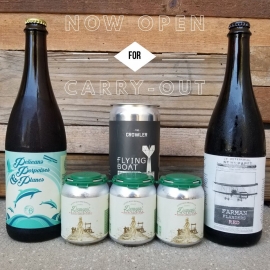 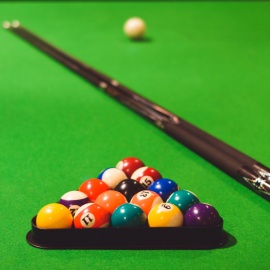 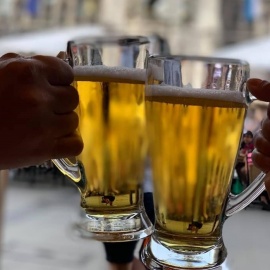 Best Places To Get A Drink in New Port Richey 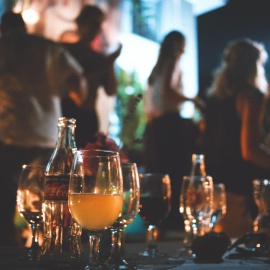 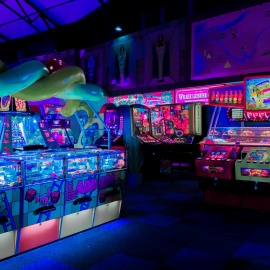 The Coolest and Most Fun Gaming Bars in St. Petersburg and Clearwater!