Where to Find the Best Back Home Eats in Tampa Bay 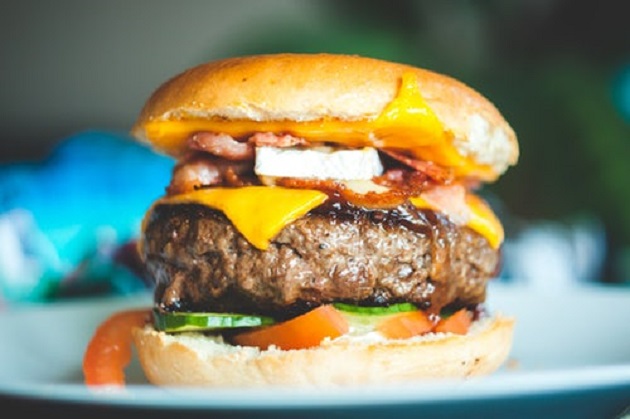 According to the U.S. Census Bureau, 900 people move to Florida each day. With more than 200 days of sunshine annually, inspiring the moniker “the Sunshine State,” why wouldn’t people move here?

If you’re longing for a taste of being back home, you’ve come to the right place. We’ve scoured the Tampa and Clearwater/St. Pete areas for restaurants in Tampa Bay serving up tasty eats that, if you close your eyes and take a bite, you’ll be instantly transported.

Food tours of California sparked the owners to bring the Ciccio Cali franchise to central Florida. California is all about being healthy and fit, so a spot where you can grab high protein tacos, bowls and pressed wraps made to order with antibiotic-free meats and fresh veggies makes sense. No worries if you have a hankering for something a little more indulgent – there are hand-rolled brick oven pizzas, beer, cookies and cupcakes on the menu, too. And if you need gluten-free or vegan options, Ciccio Cali has you covered. Open for lunch and dinner, with weekend live music brunches, there are locations in Tampa Palms, South Tampa, Brandon, and St. Pete.

In the mood for something out of this country? There’s a Tampa restaurant that can take you to Vietnam – Saigon, that is. A line at the door is always a good sign of what will greet you inside of Saigon Deli. Revered for what customers say is the most authentic Vietnamese food in Tampa, favorites include the Pho (in chicken, beef, meatball, seafood and “special” varieties) and classics like stir fry and egg rolls. For the Boba drinkers, there are 22 flavors from which to choose. And many customers agree that Saigon Deli’s Bahn Mi sandwich is the best around. The prices are affordable too, and leftovers are the by-product of generous portions. If you’d rather do the cooking, there is prepackaged food for purchase. A family-run establishment, Saigon Deli is open every day of the week.

Chicago comes to the Tampa area by way of Portillo’s, Rosati’s Pizza, and Chicago’s Best Burgers. Portillo’s first started as The Dog House hot dog stand in the Chicago suburb of Villa Park in 1963. As it gained popularity over the years, the stand expanded and transformed into essentially what we all know and love today. But it wasn’t until 2016 that Portillo’s finally came to Tampa and Brandon – much to the delight of Chicago transplants. Known for their gravy-dipped Italian beef sandwiches and Chicago-style hot dogs, Portillo’s slogan is “Get Obsessed,” which is easily done with so many mouthwatering menu options. If you don’t have time to dine in its Chicago-themed restaurants, you can have food delivered to your door.

Sometimes you need a good burger in your life. Make that sometimes now and get over to Chicago’s Best Burgers in Brandon. Serving up authentic Chicago eats, there are 13 kinds of specialty burgers on the menu, including the salmon burger and the cheddar bacon BBQ burger. And all beef burgers are 100% grass-fed. If a single patty isn’t enough, you can make it a double! If you’re feeling crazy, build your own burger with choices of beef, free-range chicken or turkey, wild-caught salmon or a house made veggie patty. Fresh cut fries can be sprinkled with of old bay seasoning, truffle salt, or slathered in good ol’ fashion cheese. You can also put a stick in it – with CBB’s famous Potato Tornado, a spiral-cut potato on a stick. Top it off with sea salt, salt and vinegar, garlic parmesan, cheddar or, of course, ketchup.

If it ain’t broke, don’t fix it. Since 1964, Rosati’s Pizza has bucked the trend of pizza parlors changing the way their pizza tastes and is vowing to stick with what it knows best – the original recipe and ingredients. Using the secret Rosati family recipe passed down through generations, the pizza dough is made fresh daily with a signature blend of cheeses, bold sauce, and toppings aplenty. There are four Chicago-style pizzas from which to choose: traditional thin crust, double dough, deep dish and authentic. If it’s not pizza you crave, there are wings, salads, pastas, sandwiches, and an abundance of appetizers on the menu. Located in Oldsmar and Valrico, Rosati’s has a location on each side of the bay to serve you.

New York arguably has some of the best chow on the planet. If you’re from there, you know. And you also know the never-ending debate over which city has the better pizza, Chicago or New York. Eddie & Sam’s is here to prove that it’s New York. Characterized by its wide slices that you have to fold to eat, Eddie & Sam’s pizza dough is made from imported New York City tap water. A New York tradition since 1982, and a Tampa tradition since 1998, it was recently named to Food Network’s Best Pizza in America’s Biggest Cities list. Come in for a slice, or a whole pie, and see if you agree with what customers are saying is the best pizza in town.

Another food item the Big Apple is well-known for is its bagels. 18 Bagels Co., from the owners of Yogurtology, brings New York to Tampa via its sophisticated water filtration system which replicates N.Y. tap water. The bagel shop gets its name from the 18 varieties of bagels offered – from the everything, honey wheat, and sesame staple bagel flavors to Oreo, French toast, and unicorn, you’re sure to find one you love. And don’t forget to top it with avocado, whitefish salad, or one of its many options. If it’s more than a yummy bagel you need, have lunch on a bagel with corned beef or hot pastrami.

Named to the list of Tampa Bay Times Top Restaurants of 2019, Brooklyn South represents New York in the form of meats and cheeses. With the best meats and cheeses in downtown St. Pete, it’s no wonder Brooklyn South is heralded for its tasty specialty sandwiches and charcuterie boards. The beef brisket, grilled cheese sandwich, and truffle mac and cheese are fan favorites.

Where’s the beef? The answer is Joe’s New York Diner. From its hot roast beef sandwiches to corned beef hash and beef stroganoff, it’s authentic New York, in a 50s diner atmosphere complete with a jukebox and checkered floor. The owners brought the recipes that made them successful in Brooklyn to share with Tampanians. Joe’s New York Diner is open 24/7/365, so there’s no excuse to not give them a try.

Home of the Sandwich That Ate Brooklyn, The Lucky Dill is a restaurant, deli, bar, and bakery all rolled into one. Serving 2,500 customers daily, the restaurant opens at 7 a.m., has breakfast all day and 280 items on the lunch and dinner menus. The family atmosphere transforms into something out of “Sex and the City,” with nightly drink specials, live entertainment, and late-night menu offerings. Like pastrami and macaroni and cheese? You can have them both with the N.Y.C pastrami mac – and that’s just one of its many side items! There is a plethora of reuben options and The Sandwich That Ate Brooklyn can be ordered with corned beef, pastrami or brisket (all hot), salami, liverwurst, and tongue – just to name a few ways. For something lighter, try one of its nine salads. Don’t forget to grab something at its Brooklyn Bakery on your way out.

Three area restaurants duke it out for most authentic Philly cheesesteak bragging rights: Delco’s of Dunedin, and Philly Phlava and Charann’s Tavern in Tampa. At Delco’s, you can have your cheesesteak plain, original, or pizza style with sauce and mozzarella. Don’t like steak? There are hot sliced roast pork and roast beef sandwiches. The meat is known to overfill your sandwiches – so much so that you’ll need a fork – but if you’re really hungry, there’s an option for extra meat. Like Delco’s, Philly Phlava uses the Philadelphia famous hearth-baked Amoroso roll as the bed of its cheesesteaks. Have it for breakfast, lunch, and dinner, or in-between from the Philly Phlava food truck. In addition to cheesesteaks, it also has a variety of hot and cold hoagies on the menu. Get really Philly with Hank’s sodas and Herr’s potato chips. Established in 1969, Charann’s Tavern serves its cheesesteaks in a sports bar setting. And you can enjoy them as a chicken or turkey cheesesteak, in addition to the original ribeye. If you want some fries with that, order up some cheesesteak sandwich fries.

Staying on the east coast, get a taste of Maine at Frankie’s Lobstah Trap. Have your lobster handheld in as a sandwich, in a soup, in fried rice, or in pasta. But not in a box with a fox. Conveniently located at Tampa’s International Mall, it also serves sushi and has a raw bar. Frankie’s passion for fresh seafood results in the daily freshness of everything prepared at his restaurant.

Tampa and Clearwater/St. Pete are lucky to have many barbeque options from which to choose, including Smokin’ J’s Real Texas BBQ in Gulfport. The name says it all – this place has real Texas BBQ, highlighted by its BBQ ribs, pulled pork, chicken, and brisket. The atmosphere is very homey, which is because it’s in a house. Walk through the front door (it won’t be locked, and you don’t have to ring the doorbell), order at the counter, and have yourself a seat at the picnic tables both inside and out. If you’re up for a challenge, Smokin’ J’s has one for you: Successfully eat a gigantic sandwich comprised of one pound of sliced brisket, pulled chicken and pork, sliced sausage, and a boneless rack of ribs. Pickles and onions round it out, and a jalapeno through a toothpick to top off the bun. Consume it within an hour and it’s free. Don’t and you owe $49. Not only does the family who owns the joint make good food, but they also have good hearts. Smokin’ J’s went mobile to serve victims of Hurricane Matthew via a U-Haul food truck.

While this is a comprehensive feature on the best restaurants to take you back home, Tampa is brimming with great places to eat, drink, and be merry. Register for free at 813area to scope out restaurants in Tampa or St Pete and Clearwater. Best of all, it's free!

Where to Get the Best Orange Chicken in St. Petersburg and Clearwater?

Chocolate Shops You Need To Visit in St. Petersburg and Clearwater Before You Start Your Diet

These Places Serve the Best Falafel in St. Pete and Clearwater

Sculley's Waterfront at John's Pass Is Reopening and Hiring Now